Beethoven & Bridgetower
Two soulmates, a sonata immortalised, and a name lost to history.

This program is part of the ACO's digital season, ACO StudioCasts.

It’s a passionate and sweepingly epic work, but there’s also drama off stage in what is arguably Beethoven’s most loved and performed violin sonata, performed here in an arrangement by Richard Tognetti for solo violin and string orchestra.

Known as The Kreutzer for its dedication to the violinist Rudolphe Kreutzer (who likely never played this difficult, titanic work), what has been lost in history is its original dedication to George Bridgetower, a far more accomplished violinist of mixed European and West Indian descent, and something of a kindred spirit to Beethoven, who performed with the composer at the Sonata’s premiere.

Legend has it Beethoven was so late to finish the Sonata that the ink was still wet on the page when he and Bridgetower – the latter, not having seen the score before, sight-reading and even improvising a section – took to the stage for an early morning performance. It was a success, and a jubilant Beethoven signed the manuscript in dedication to the friend he exuberantly called “a great lunatic”.

However, in its success lay its downfall. While celebrating with a drink (or three) Beethoven and Bridgetower spectacularly fell out, and Bridgetower’s name was removed from the dedication, and from history.

But in this corner of the world he is not forgotten. In a dramatic collaboration with Belvoir St Theatre, soloist Richard Tognetti seeks to restore Bridgetower’s rightful place in history.

With these infamous origins, it is no wonder such an intensely romantic piece not only inspired a fevered Tolstoy short story – of jealousy and murder stemming from a performance of The Kreutzer – but stirred Janáček’s Kreutzer Sonata as a response to Tolstoy’s story and views on women.

From such passion this program can’t help but positively pulsate with dramatic feeling.

Full season subscriptions are $129. 15-day access to single StudioCast films are available for $15 per film. 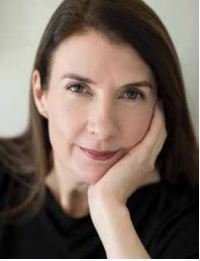 Anna Goldsworthy is an award-winning pianist and writer. Her most recent CD is the ARIA award-winning Thirteen Ways to Look at Birds, with Paul Kelly, James Ledger, Alice Keath and Seraphim Trio. Anna’s literary publications include the best-selling memoir Piano Lessons and the novel Melting Moments, alongside works for the stage, such as the cabaret show Cole for Michael Griffiths, for which he won a Helpmann Award, and the libretto for Victorian Opera’s award-winning production of The Magic Pudding. Anna is Director of the John Coetzee Centre for Creative Practice at the University of Adelaide, and an Associate Professor at the Elder Conservatorium of Music. She is also the 2021 Artist and Writer in Residence at the Melbourne Recital Centre, and Artistic Director of the Coriole Music Festival. Eamon is Belvoir’s Artistic Director. He was born in Singapore and grew up in Singapore, Darwin, Brisbane and Cootamundra. He scraped through 6th Grade AMEB Violin as a teenager, and later trained as an actor at WAAPA. He has since worked as a director, writer, actor and dramaturg around Australia and internationally, from Milikapiti on the Tiwi Islands to London. For Belvoir, Eamon’s directing credits include Counting and Cracking (with Associate Director S. Shakthidharan), Angels in America, The Glass Menagerie, Packer and Sons, Ghosts, Ivanov, Babyteeth, Life of Galileo, As You Like It, The Rover, Twelfth Night, The Blind Giant is Dancing and The End. He was Associate Writer with S. Shakthidharan on Counting and Cracking. He co-adapted Ruby Langford Ginibi’s memoir Don’t Take Your Love to Town with Leah Purcell, and co-devised Beautiful One Day with artists from ILBIJERRI, version 1.0 and Palm Island. His adaptations include Chekhov’s Ivanov, Gorky’s Summerfolk, Sophocles’ Antigone and Ibsen’s Ghosts. Ivanov won four Sydney Theatre Awards including Best Mainstage Production and Best Direction. The Glass Menagerie and Angels in America both won Best Play at the Helpmann Awards. Counting and Cracking won Best Play, Best Direction and Best New Work at the Helpmann Awards, the Nick Enright Prize for Playwriting at the NSW Premier’s Literary Awards, and the Victorian Literary Prize and the Victorian Premier’s Award for Drama. Angela Nica Sullen is an Italian, African American, woman from the United States. She grew up in California and on Noongar country in Western Australia. Angela is an actor, vocal coach, writer, mc and stand-up comedian. Now based on Gadigal land, she studied at the National Institute of Dramatic Art, completing Bachelor of Fine Arts (Acting) and Master in Fine Arts (Voice). She has performed in Nothing To Lose (2015), Blackbirds (2016), STC’s Mosquitos (2019), Brown Skin Girl (2019), Faust (2019). Angela’s screens credits include I AM WOMAN (2020) and BUMP (2021). Angela is currently a voice teacher at the National Institute of Dramatic Art and is also working on Seen, a new television series inspired by Brown Skin Girl, a play she collaborated with creative collective Black birds. Ludwig van Beethoven was a German composer and pianist whose music bridged the Classical and Romantic eras. From the age of 28 his hearing declined until he was completely deaf. Despite this, he composed symphonies, concertos, sonatas and quartets to monumental acclaim. Today, Beethoven is considered one of the greatest and most influential composers of all time. Along with Dvořák and Smetana, Leoš Janáček is considered one of the most important Czech composers. Janáček had a keen interest in Slavic folklore, which in turn influenced much of his music. He was also enormously inspired by Russian culture, which inspired his first string quartet, named after Tolstoy’s Kreutzer Sonata.