Indies & Idols
Tickets from $49. $30 tickets for Under 30s
Radiohead’s Jonny Greenwood, The National’s Bryce Dessner, and American singer-songwriter Sufjan Stevens were all influenced by great composers. In this program the Orchestra will perform their music alongside the source of their inspiration: Polish nationals Karol Szymanowski, Witold Lutosławski and Krzysztof Penderecki.

A favourite of Richard Tognetti’s, Szymanowski’s surging String Quartet No.2 is a fusion of neoclassicism and Polish folk music. Lutosławski’s Overture for Strings is an almost dizzyingly multifaceted experiment, with one foot in neoclassicism and the other in the avant-garde.

Bryce Dessner’s Réponse Lutosławski is a homage to Lutosławski, whom he credits with having illuminated the way forward in his own musical development. Jonny Greenwood cites another Polish composer, Krzysztof Penderecki, as contributing to his experimental musical language. The suite from Greenwood’s film score, There Will Be Blood, is foreboding, hopeful and beautifully evocative.

Sufjan Stevens is widely celebrated as an American indie luminary, and Suite from Run Rabbit Run is Michael Atkinson's précis of his 2001 album Enjoy Your Rabbit. Rhythmic drive, catchy melodies and mesmerising string sounds make this arrangement an energising and immersive experience.

“Stimulating, challenging and brilliantly performed, Indies and Idols was a mind-bending, ear twisting, richly rewarding musical experience like few others.”
– The Australian

“A concert of showstoppers”
- Limelight

CONCERT duration
Approx 95 minutes (incl interval)
Concert program
View & Download
Join us 45 minutes before the performance to learn about the concert from a music expert. Bryce Dessner is an American guitarist and composer best known as a member of the band The National. He has been commissioned by the Los Angeles Philharmonic, Ensemble Intercontemporain, New York Philharmonic and Kronos Quartet, among others. He is also a noted film composer, having composed the 2015 score for 'The Revenant'. 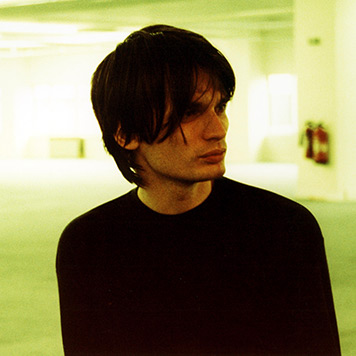 Jonny Greenwood is an English musician and composer best known as lead guitarist of the band Radiohead. His predilection for 20th-century art music has influenced his arrangements for Radiohead, as well as his own compositions. He is an Academy Award nominated film composer, notably for the films of Paul Thomas Anderson, including 'There Will Be Blood' and 'The Master'. Sufjan Stevens is an American singer-songwriter whose music has received Grammy and Academy Award nominations, and sold hundreds of thousands of copies worldwide. His 2005 album Illinois received wide recognition, especially after the song 'Chicago' featured in the film 'Little Miss Sunshine', and his music is widely heard in contemporary pop culture. We sat down with brewers from Young Henrys to discuss classical music played during the brewing process.