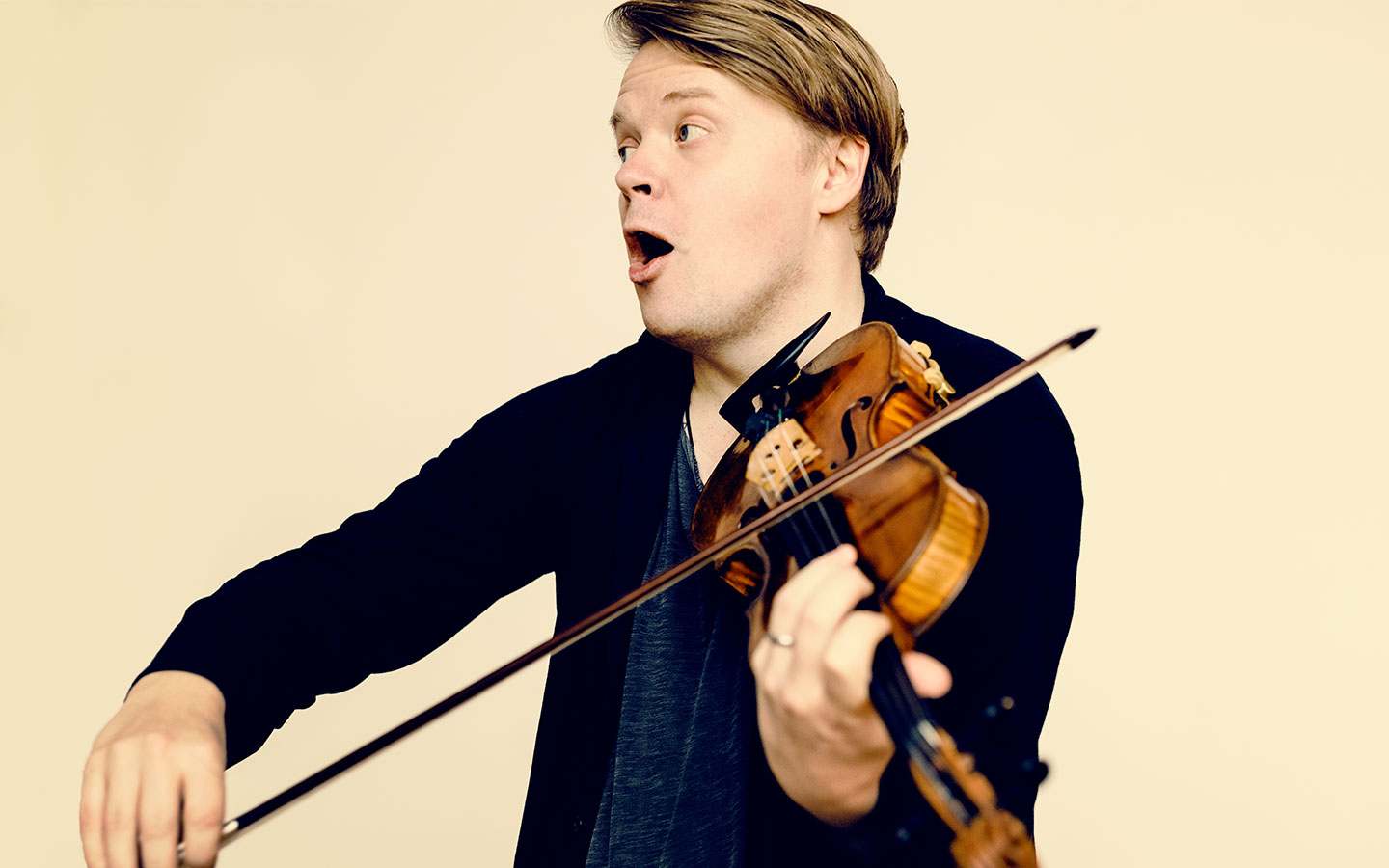 Mozart, Haydn and More
Bringing exceptional music to regional Victoria
Charismatic Finnish violinist Pekka Kuusisto, Artistic Director of ACO Collective, brings international fame and a wicked sense of humour and personality to all his performances.
For this tour he has built a unique program around Haydn’s Symphony No.47 in G major. Haydn was no stranger to humour himself and this symphony is nicknamed “The Palindrome”, as the minuet and trio is written in such a way that the second half of each mirrors its first half. Pekka continues this palindromic theme, beginning and ending with Pauline Oliveros’s The Tuning Meditation, followed and preceded by movements from Haydn’s symphony. We have also commissioned two works by Australian composer Heather Shannon, pianist of indie rock band The Jezabels, especially for this concert. Six Mozart country dances and two sections from Hindemith’s Ludus Tonalis – the opening movement, Praeludium, and its mirror image, Postludium – complete the journey. Finnish violinist Pekka Kuusisto is Artistic Director of ACO Collective. Described as “one-of-a-kind” by Toronto’s The Globe and Mail, Pekka Kuusisto is renowned for his fresh approach to repertoire and performance and is widely recognised for his flair in directing ensembles from the violin. Directed by renowned Finnish violinist Pekka Kuusisto, ACO Collective combines the professional musicians of the ACO with Australia’s most talented emerging string players. The result is an ensemble full of youthful energy with the dynamism and artistry for which the ACO is renowned. Joseph Haydn was an Austrian composer whose contributions to music, particularly his 104 symphonies and 68 string quartets, have earnt him the nicknames “Father of the Symphony” and “Father of the String Quartet”. He was a friend and mentor to Mozart and also taught Beethoven in his lifetime. Wolfgang Amadeus Mozart was an Austrian composer who remains one of music’s most influential and enduringly popular figures. A child prodigy, he composed from the age of five, and performed for European royalty. In his short lifetime, he composed more than 600 works, many of which are acknowledged as pinnacles of symphonic, concerto, chamber, operatic and choral music. Preview the music and composer that will feature in the program.