The Australian Chamber Orchestra are 17 musicians who live and breathe music. Led by Artistic Director Richard Tognetti, the ACO make waves around the world for explosive performances, adventurous cross-artform collaborations and dynamic programs that embrace celebrated classics alongside new music and commissions.

Founded by cellist John Painter in November 1975, the ACO has travelled a remarkable road to become one of Australia’s most dynamic performing arts organisations.

Since taking up the leadership of the ACO in 1990, Artistic Director Richard Tognetti has transformed the Orchestra into a major cultural export, performing over 100 times per year in concert halls around Australia and the world. Whether performing in Manhattan, New York, or Wollongong, NSW, the ACO’s commitment to creating transformative musical experiences is unwavering.

In 2007, ACO Principal Violin Helena Rathbone opened a new ACO chapter with the creation of ACO Collective, then known as ACO2. Made up of ACO musicians mentoring some of Australia’s best young string players, ACO Collective was founded to increase access to world class music for Australians living outside metro hubs, while supporting the development of the next generation of string musicians.

Both the ACO and ACO Collective regularly collaborate with international guests and artists who share their ideology, and maintain an intense schedule of rehearsal, touring and performance throughout the year.

In addition to this busy schedule, the ACO regularly record and release music across CD, vinyl and digital formats. Recent releases include Water | Night Music, the first Australian-produced classical vinyl for two decades, Heroines, recorded with Australian soprano Nicole Car, and the soundtrack to the Orchestra’s acclaimed cinematic collaboration Mountain. The Orchestra performing in Vienna in 2017. Photo: Lukas Beck

THE MUSIC WE PLAY

The ACO is known around the world for dynamic, wide-reaching programming that explores the links between old and new worlds. This commitment to exploration coupled with a focus on commissioning new music, representing Australian music internationally and taking on daring collaborations keeps us moving forward. Learn more about our approach to programming and our history of collaboration and commissioning via the links below.

The ACO is made up of 17 individuals from all walks of life who unite to create an inimitable sound. Tap one of the tiles below to learn more about each musician. 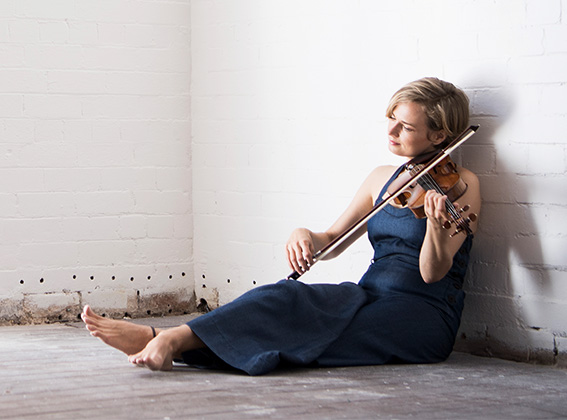 Musicians in the ACO are privileged to play on some of the world's finest instruments from the Golden Age. Learn about each of these astonishing pieces of history below.